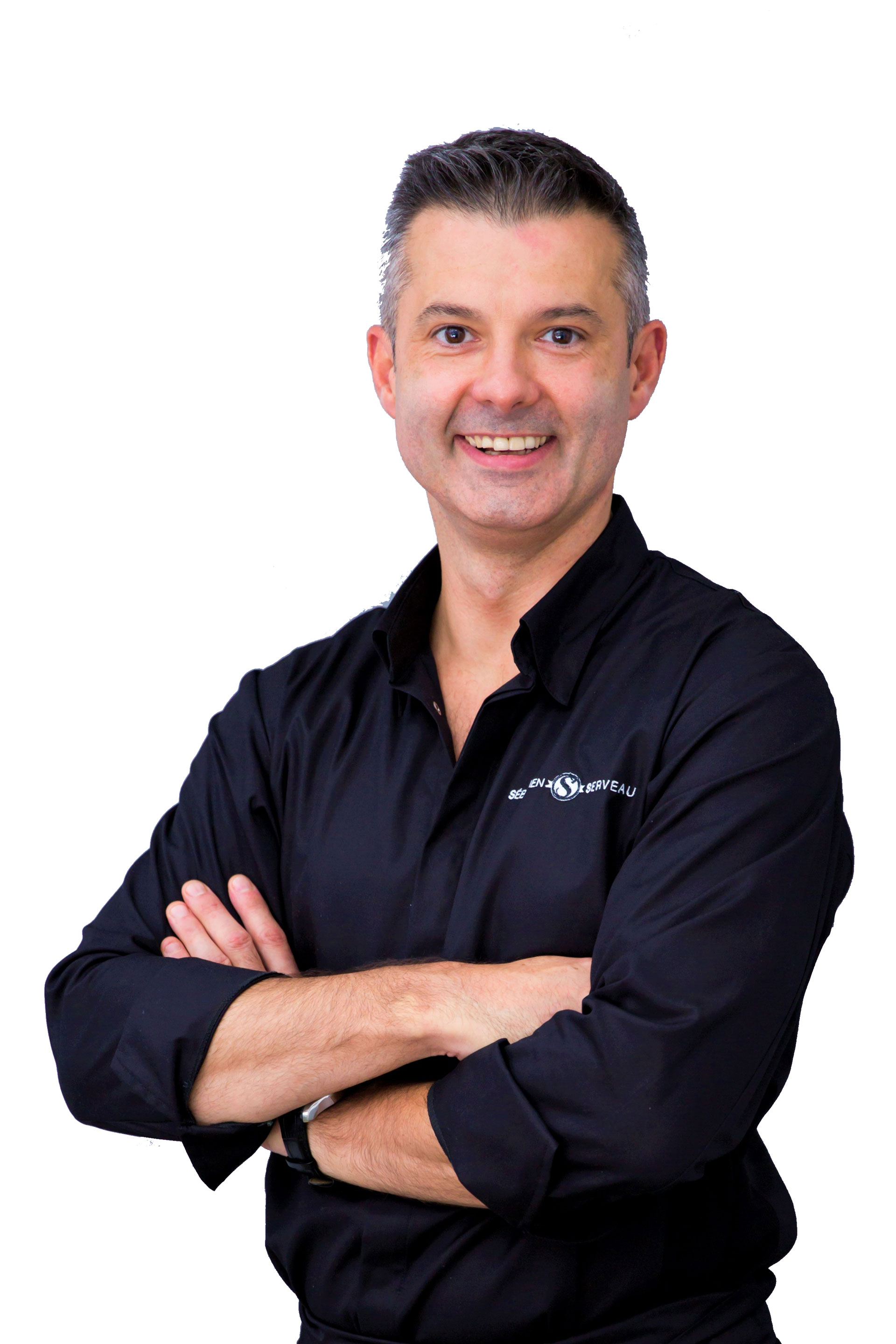 Sébastien Serveau began his career in the kitchen. Attracted by the artistic aspect of pastry making, he found a passion for Sugar Art.
He has participated in many national and international competitions and has gained solid experience in luxury hospitality, catering and patisserie industries.

In 2005, he decided to share his knowledge by taking charge of Patisserie Training at Alain Ducasse. At this time, he became a member of the very select « Club des Sucrés », chaired by Christophe Michalak and Christophe Adam.
He also publishedseveral books for both the general public and professionals. In 2010, he became Executive Pastry Chef at the Ritz alongside Michel Roth.
From there, he became the Executive Pastry Chef of both pastry and chocolate operations of the Dalloyau house where he lead a team of 70 people.

Sébastien Serveau is now an International Consultant and shares his knowledge in France and abroad.
He also reveals every month two recipes step by step (1 pastry and 1 confectionery) in the « Journal du Patissier ».